Python vs PHP : Which One to Choose for Web Development? The last decade has seen the world going digital, and there’s no sign of slowing down. Even if you own a brick-and-mortar store, having a digital presence is now seen as a necessity. Today, many businesses are looking to develop interactive websites and mobile applications filled with high-end features.

This constant increase in demand for web and mobile applications has led developers to find technical solutions that cater for the ever-changing needs in the quickest possible way. Backend development being the backbone of these applications, programming languages in particular play a major role. 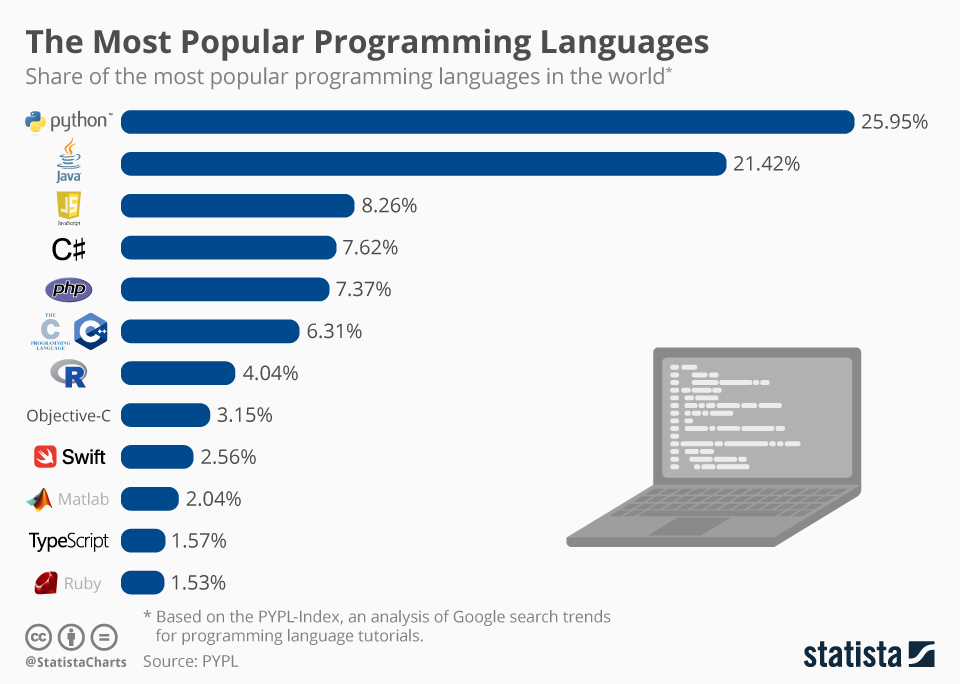 While developing multi-feature applications, two languages seem to be web developers’ favourites. Yes, we are talking about Python and PHP. Both languages are unique and offer many advantages. Besides, there is a huge surge in the number of both PHP and python web development services. That’s why the topic of ‘Python vs. PHP’ often ignites a hot debate among developers. Rather than going into this debate, we want to help you choose the one that fits your requirements. Let’s get started!

Python: The Language of Present & Future

Python is a multi-purpose, high-level programming language designed for mobile and web app development. Although it was developed in 1989, Python web development increased after the release of Python 2.0 in 2000.

Over the years, Python has garnered a huge stock of tools and libraries. These play a crucial role in solving problems across various domains, turning Python into a universal language. The prime examples of Python’s versatility are the data science and machine learning domains, where it’s the most widely used language.

Moreover, it comes with the Unicode feature that makes it a highly demanding language for modern-day web development. Python is being used by some of the biggest websites, including Instagram, Spotify, Netflix, Uber, Dropbox, Pinterest, Google, Reddit, and Lyft. Here is a comprehensive guide to find Python experts that will help you select the most proficient developers in the field.

PHP or Hypertext Preprocessor is an open-source server scripting language used to create engaging, user-driven and dynamic web applications. Even after so many years, PHP web developers’ love for the language never seems to fade away and quite understandably so.

It is a power-packed language that offers you the best features, plugins, libraries, add-ons and robust community support. Whether in the form of content management systems (CMS) such as WordPress, frameworks like Laravel or backend architecture, PHP powers almost every website on the web. That’s why you’d always find tech companies putting up ads to hire PHP developers.

Before you go ahead and search for the desired developers, here are a few crucial things to ask before hiring PHP Developers.

Python vs. PHP: Head to Head

When choosing between PHP and Python app development company, there’s no one answer as it all comes down to your requirements and preferences. However, we can help you think about the anchor points you can consider to make an educated decision. Here’s an overview of the key considerations to help you make this crucial decision: As they say, the devil is in the details. Let’s have an in-depth look at the decision-making points you must consider.

A benchmark study by Google suggests that even 1 to 3 seconds of delay in page load time causes 32% of users to bounce off that page, and things get even worse as the page load time increases. The programming language performance plays a central role here.

Python has always been considered one of the fastest programming languages globally, and it still is. That is another reason why businesses are always eager to hire python experts. The JIT (just in time) compiler has much to do with it. On the other hand, you could never find PHP in this category of the fastest languages and was much slower than Python. But today, tables have turned.

The release of PHP 7.0 embarked on a new era as it made PHP much faster than it used to be. It came with Zend Engine 3.0, which made it twice the speed of its previous version and three times faster than Python.

No matter what the scale of the web application or the size of the client is, all want things to be done “yesterday.” That’s why developers are almost always running short on time and looking for ways and ideas to speed things up.

When it comes to the speed of programming languages, library support, community support, and frameworks determine how fast the development can be done. Coming back to the Python vs. PHP debate, both possess rich library and community support. Python comes with a dynamic framework such as Django, while PHP has Laravel. Thus, there’s not much to choose between the two. You can either hire python experts or hire php developer if you wish to develop your project really fast.

Gone is when only the big companies needed to be concerned about security. In fact, small companies tend to be cyber perpetrators’ favourite targets due to a lack of robust infrastructure. Thus, you need to take security seriously no matter the size of your company.

Python has always been considered a safe language as it comes with powerful security features. A recent report even ranked Python as the safest programming language globally.

While Python might be one of the safest languages, PHP has never even been discussed in this debate as it has had a torrid history of security issues. However, thanks to the robust community support, almost all these issues have been resolved. Python still comes out on top here.

Businesses set up mobile and web applications to grow, increasing their users and need for scalability. Thus, it’s essential to pick a technology that you can easily scale up.

As we saw previously, both Python and PHP offer great advantages in terms of library, community and frameworks. Thus, there’s not much to choose between both when we see them purely as programming languages.

Now that we see more and more python app development companies jumping the AI bandwagon, it is the best time to jumpstart your project.

We can say that Python offers an undeniably big advantage as it’s compatible with the latest technological trends.

Although both languages are widely used in various applications, it’s no secret that Python is one of the easiest languages to learn so therefore the demand to hire python experts is significantly high. The high readability, easier scalability, and built-in integrations offered by the language makes Python an ideal language for front-end development.

On the other hand, PHP is a challenging language to learn because of its rigid syntax. In recent versions, the complexity has come down, but it’s still not as easy as Python. Thus, we have only one winner here.

Web development would lag behind decades if the right supporting ecosystems didn’t back it. Community support, documentation and libraries are weapons in any developers’ arsenal.

As far as Python and PHP are concerned, both are mature technologies that have been centred around strong supporting ecosystems. Both score the highest points: libraries, community, security, or anything else. Thus, there’s not much to choose between both.

So, Which One is For You?

Although Python certainly outscores PHP, it doesn’t mean that PHP is inferior. Both have their distinctive features, and that’s why they’re topping the charts as the most preferred languages and the demand to hire php web developer and python experts is substantially high.

Contrary to some theories, you can understand here why PHP is still not dead and succeeding in the market of web application development. PHP has been developers’ go-to language for years.

Still, there’s no denying that Python is taking over the world down to its compatibility with artificial intelligence (AI), machine learning (ML), data analytics and others.

Python is a great option for you if you’re looking to build a scalable product that works with future technologies. In contrast, PHP is a tried and tested language that is great at building web applications and server-side infrastructure.

While you may choose based on your requirements, you must consider partnering with the right python development company or hiring PHP web developers that are best for your project. The technology you opt for won’t have much impact if you don’t have the best developers by your side. Combine the latest advancements of technology with developers’ skills to reap the benefits of your investments.